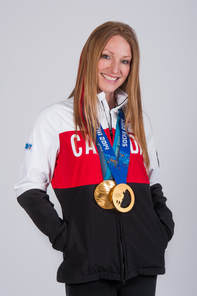 Heather Moyse, 2 time Olympic Gold Medalist
She is a 4-time Olympian and 2-time Olympic gold medalist, but she is not your typical Olympian as she did not grow up dreaming of competing in the Olympics. Heather lives by her personal motto, “Believe in the possibilities”, and inspires people all around the world with her life stories and her life philosophies. From the small Prince Edward Island town of Summerside to the top of the Olympic podium,
She first captured the nation’s attention in 2010 while standing on top of the Olympic podium with Calgary-native Kaillie Humphries. After setting start records all over Europe on the World Cup circuit, the electrifying duo made Canadian history on home soil at the 2010 Vancouver Winter Olympics after bombing down the track to Canada’s first-ever gold medal in the sport. After overcoming some personal challenges against all odds, and returning to bobsleigh only 6 months before the 2014 Sochi Winter Olympics, Heather amazed and endeared the world by not giving up on her own journey, and the electrifying duo successfully defended their title as Olympic Champions after a thrilling come-from-behind victory – a feat accomplished only twice before by a Canadian athlete.
Heather uses her personal experiences – and professional training as an occupational therapist – to encourage and inspire others to embrace challenges and face adversity head-on, believe in the possibilities of achieving their dreams, and to step outside of their comfort zones in order to discover and maximize their potential whether in sport, business, or life. Heather believes we are all capable of way more than we give ourselves credit for, but that we limit ourselves based on what we perceive as being possible or impossible. 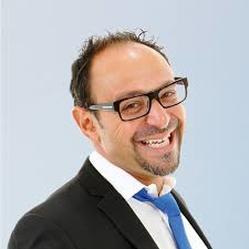 Dr. Georges
Stressed? Short on time?  Short of breath?  Tired of being tired? What happened to your passion for life? Why do some people shine under pressure while others fall apart? The secret lies in learning to harvest your own personal resilience.  You will discover how to rekindle your energy and passion, take back control of your life, and transform stress into a potential ally.
Dr. Amir Georges Sabongui works closely with Canada’s largest corporations to develop and implement organizational leadership solutions, crisis response and mental health training programs. His passion is developing long term relationships to help his organizational clients improve cohesion and engagement in order to bring teams to their optimal functioning and inspire  employees achieve their full potential.  He holds a doctorate in psychology and is specialized in resilience and organizational leadership solutions.
He is also retired lieutenant-commander of the Canadian Navy where he was recognized for his outstanding leadership during close to 14 years of military service where he directed and commanded operational crews and led a crisis response team during international NATO operations. His doctoral research was conducted with the Canadian Armed Forces and focused on developing high impact teams that could perform under extreme operational conditions. Recipient of numerous professional awards and distinctions - including prestigious Federal (SSHRC) and Provincial (FCAR) government fellowships - he is also laureate of the Award of Excellence from the Canadian Psychological Association for his work on resilience and public awareness campaigns on mental health. 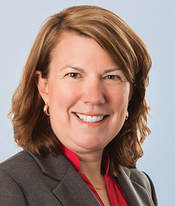 Faith Matchett, FCPA, FCMA
VP, Operations - Atlantic and Eastern Ontario
Responsible for the overall operations in the Atlantic and Eastern Ontario regions, Faith joined FCC in 1999 and has held a number of positions. Previous to FCC, she held accounting and controller positions in the construction, mining, printing and agriculture sectors. Faith is a Chartered Professional Accountant (CPA) with a Fellow recognition, and also holds a Business degree and a Masters in Education from the University of New Brunswick. Faith also has a coaching certification from the Hudson Institute and is currently working on a social science doctoral degree from Royal Roads University.

Faith is an active member of the Moncton chapter of the Canadian Federation of University Women. She has attended the Commission on the Status of Women at the UN in New York City twice. Faith is also active with Global Villages with Habitat Canada, having been in El Salvador and the Yukon. 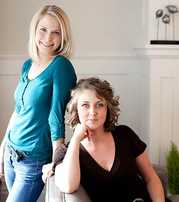 Three Farmers: Natasha & Elysia Vandenhurk
An Agriculture Success story, 2 sisters returned home to the family farm and built a company with a mission to " connect Canadian farmers to consumers by bringing sustainable, quality food products to the marketplace. We work hard to create minimally processed, healthy food while sharing the story of how it’s made. We strive to provide a high standard of service in every customer interaction."  They'll share their story, challenges and successes as well as how they connect consumers and primary production!   True Agvocates and a Canadian success story! 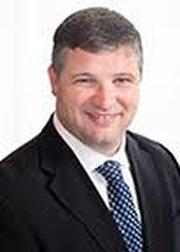 Earl Pickard, CIM, P.Ag  Earl has spent the past 17 years in financial services, most recently as a Certified Investment Advisor.   Earl's session will explore Wealth Management -  we'll break down investing and estate planning into easy to understand pieces!   RRSPs vs TFSAs vs RESPs, proper asset allocation and what happens at withdrawal and understanding your long term needs and the best way to meet them! 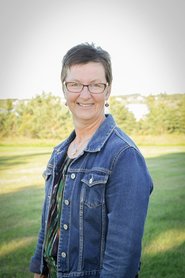 Ronda Bellefontaine, P.Ag. believes that a well maintained and accurate set of records will make a difference in your business - it will generate more revenue, save you money and give you a better sense of control over your finances.  With that idea in mind, she started Like Nobody's Business in 2007 working with business owners to set up efficient and intelligent record keeping systems for use in business decisions.  Ronda grew up on a farm and studied agriculture, graduating from NSAC (now Dal AC) with a BSc(AgrEcon) in 1985.  Her entire career has been in agriculture, mainly in the area of farm records and farm financial analysis.  She lives on a farm with her husband Glenn Campbell, has a daughter Lindsey and, in her spare time, enjoys running, reading, baking or any kind of work that involves following a pattern.  Ronda will be returning as our Master of Ceremonies for the conference!